Nathalie comments: “I am so thrilled to become the new Chief Conductor of the Kristiansand Symphony Orchestra. From the first rehearsal – when we started to play Strauss – I was so amazed by the quality of the musicians. They were so involved in the music and the working process was amazing. I’m also looking forward to developing new ideas with the orchestra, with the musicians, with the board, and to have the KSO more involved in the city life. I truly believe that the symphonic orchestra has an important part to play in the lives of the citizens of the city. It should be so much fun for the people to come to our concerts and discover how much we want to share our passion for this music. I can’t wait to see you all and share the music together.” 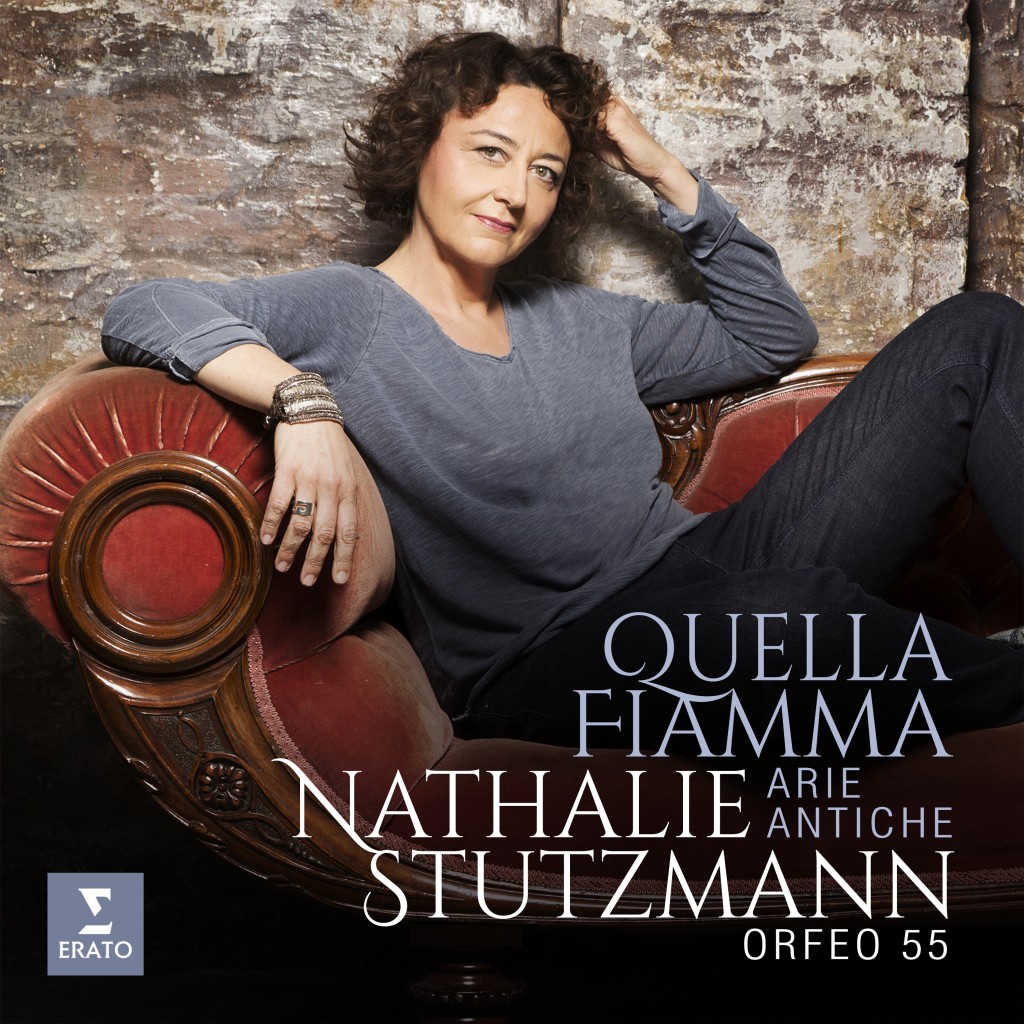 This month, Nathalie Stutzmann makes her anticipated return to Monte-Carlo Opera, where she leads four performances of Richard Wagner’s Tannhäuser at the head of Monte-Carlo Philharmonic Orchestra. Nathalie debuted with the orchestra in 2014, making “a master stroke” (Forum Opéra) conducting Donizetti’s L’Elisir d’amore.

Staged by Monte-Carlo Opera director Jean-Louis Grinda, this thrilling production is totally new and unseen since 1861 as it features the Tannhäuser rewritten for Paris Opera by Wagner himself – including the French texts – and?only executed three times in history, in Paris for its creation in 1861. Performances take place at the stunning Salle Garnier on February 19, 22, 25 and 28, with an international cast including acclaimed Argentinian tenor José Cura in the title role, Jean-François Lapointe as Wolfram, Steven Humes as Hermann, William Joyner as Walther, Roger Joakim as Biterolf, Annemarie Kremer as Elisabeth and Aude Extrémo as Venus. Please note these are all now sold-out.

Today, Nathalie Stutzmann has been announced as new Principal Guest Conductor of RTÉ National Symphony Orchestra of Ireland based in Dublin. She will take up this position in September 2017.

Nathalie conducted RTÉ National Symphony Orchestra for the first time last February in Wagner’s Overture to Tannhäuser, Vorspiel und Liebestod and Mahler’s Des Knaben Wunderhorn. Aodan O Dubhghail, Head of RTÉ Orchestras, Quartet and Choirs, says:
“From the outset, it was apparent that an easy and natural chemistry had developed between Nathalie and the musicians. It was also clear that the public intuitively sensed and responded in the warmest terms to the music-making and to Nathalie’s natural charisma. Nathalie brings the qualities one expects of a great singer to her work as a conductor, coaxing beautiful phrasing from musicians and conveying an unerring sense of musical line. This appointment marks the start of a significant artistic partnership and we are excited at the prospect of sharing the resulting music-making with the widest possible audience.”

The announcement coincides with Nathalie’s second engagement with the orchestra for a performance on January 13 in a Beethoven and Brahms programme, which will be broadcast live on RTÉ lyric fm at 8pm local time.

While Nathalie Stutzmann was making her conducting debut at the head of Konzerthaus Berlin symphony orchestra on June 2, conducting Schubert’s Symphony No. 4, she was asked at the last minute to jump from the podium to sing Pergolesi’s Stabat Mater with Anna Prohaska in the second part and conduct at the same time the symphony orchestra the way she does with Orfeo 55, replacing sick Philippe Jaroussky. She received a 20 minutes standing ovation from the German public thanking her for this incredible performance, which she repeated on June 3 and 4 with equal success. A world premiere in the history of classical music!

Visit Nathalie’s Facebook page to read the many comments left by audience members. 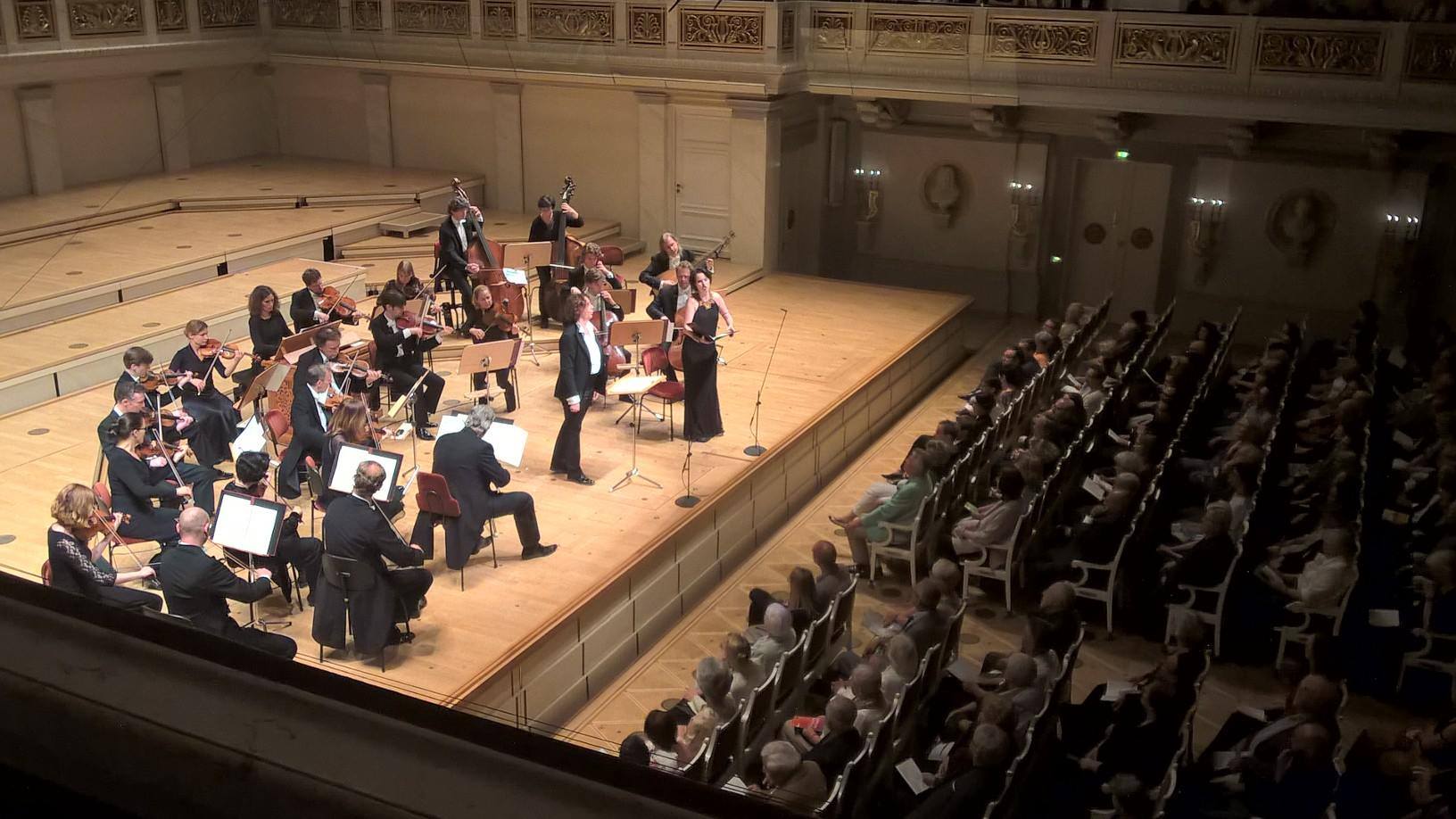 Following her concert with Orfeo 55 at Monte-Carlo Opera on November 11, Nathalie Stutzmann was awarded Officer of the Order of Cultural Merit of the Principality of Monaco by Her Royal Highness the Princess Caroline of Hanover, in honour of her work both as a singer and a conductor.

Her many successes in the Principality include having being the first woman in history to conduct an opera production in Monte-Carlo, Donizetti’s L’elisir d’amore in 2014, which led to an immediate reinvitation to conduct a production of Wagner’s Tannhäuser in 2017.

On October 1st, the São Paulo Symphony Orchestra (OSESP) announced the appointment of Nathalie Stutzmann as Associate Artist for the 2016, 2017 and 2018 seasons, as both symphonic conductor and singer.

During this period, Nathalie’s time with the orchestra will increase, beginning with two weeks with OSESP in September 2016, during which she will be leading two programmes each composed of three concerts, including performances with pianist Khatia Buniatishvili as a soloist. She will also conduct a Free Morning Concert.

Nathalie has already performed several times with the OSESP, notably in 2013 while she was Artist in Residence.

Winterreise, Die schöne Müllerin, Schwanengesang: the three major Schubert song-cycles recorded by Nathalie Stutzmann and her pianist Inger Södergren in 2004, 2005 and 2008 are now available together in a new box set (3 CDs) on Erato!*

“We’ve been able to improve the sound quality of the original recordings, and I’m satisfied that the remastered versions do full justice to the work we did back then”, says Nathalie. “I couldn’t do without Schubert in my life,” she adds.

This set also celebrates the 20th anniversary of her partnership with Inger Södergren.
A perfect Christmas gift for all classical music lovers!

Purchase online
* Outside France only. French release date is due on January 12, 2015. 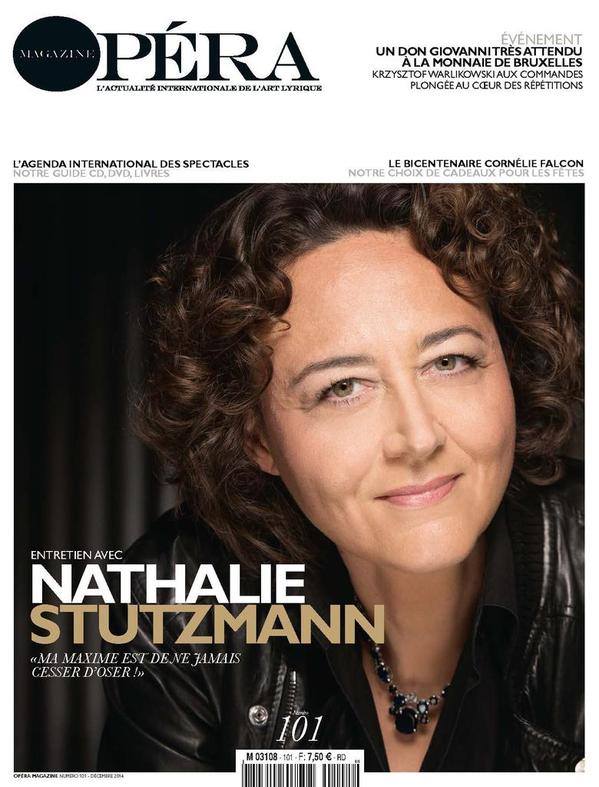 Just a few days before launching her Handel Messiah tour with Orfeo 55, Nathalie Stutzmann headlines the French Opéra Magazine for an in-depth interview on her career.

The rest of the interview in the magazine, downloadable here.

in News
« Previous
Next »